Eversun was released during the Style Warriors collection, which was back this past summer I believe. I hated the packaging from that collection, as most people did. So I didn't buy anything at the time. Recently however I ordered eversun because I had been eyeing it up for a while and thought it was going to be removed off the mac cosmetics website soon and I would never get it and regret it. In Canada, we don't have CCO's so it is difficult to get past MAC collections. There are warehouse sales, but I have never been to one before, so I rely on what is at MAC counters and online.

This blush is gorgeous, it's like a peachy/bronze colour. It looks a bit alarming at first in the pan, but looks very natural and pretty on the cheek. I place this on the sides of my cheeks, right on the apples and out towards the ears. I am not much of a blush girl, I only have one other MAC blush and that is peachykeen. I naturally have pretty flushes cheeks so I tend to radiate towards peachy, coral, brown shades when I choose a blush. This would be perfect for summer to add a bit of a glow, but I like it year round. It is very pigmented, so you only need a bit. I use my 188 dupe from costco to apply it. 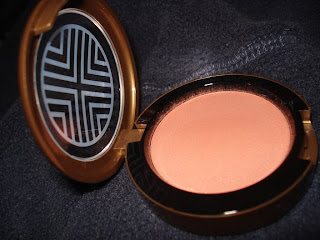 Email ThisBlogThis!Share to TwitterShare to FacebookShare to Pinterest
Labels: MAC

GOSH is a danish brand that is sold at SDM in Canada. It is pricey, but they have some nice products, one of which is their "Darling" lipstick, which is a beautiful everyday nude shade, should be a staple for any nude lipstick lover. Anyway... recently I got a $10 gift card from a SDM promo for spending $50 in store, and I used it on the Gosh Velvet Touch Foundation Primer during a 40% off sale. It ended up costing me $5.xx pretty awesome deal I think. 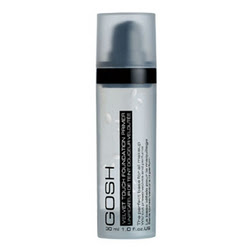 This primer retails for around $23 cad. It is 30ml, same size as the MAC Prep and Prime, which I also use. When you first put it on it feels like silk, or velvet as the name implies. This primer is like a clear, colourless matte goo, not like the white glittery stuff that p&p is. It feels really nice on your skin, it is easy to use too much, you only need a little bit, so be careful to not pump too much out of the bottle, one pump is enough for me. It covers your face evenly and smoothly. It leaves your skin feels very soft and slippery, but not wet, just really glidey. I wait a few moments to let it settle (it absorbs quickly) and then apply my foundation. It totally makes my foundation application much easier and makes my skin looks 100x better, no dry patches and my foundation seems to cover better too. I would totally recommend this product to anyone.
Posted by Justine (Productrater) at 11:33 PM 0 comments

Email ThisBlogThis!Share to TwitterShare to FacebookShare to Pinterest
Labels: GOSH

Earlier this year, Maybelline sent me 3 $5 off coupons to use on the new Maybelline Pulse Perfection Mascara. I was skeptical because the whole vibrating mascara thing seemed like a scam to me and since the mascara retailed at around $16 CAD, I still wasn't about to run out to the store and spend $11 on a mascara.

Then Pharma Plus had an awesome 50% off ALL their mascara earlier last month and that changed my mind! I ended up getting the Pulse Perfection mascara for $4.97 plus tax! And also picked up a couple others including Rimmel Sexy Curves   and a two pack of Maybelline Define a lash Volume.

The main problem I had with this mascara was the button for the vibrating was awkwardly placed and it takes some getting used to how to apply the mascara while you hold the brush, it should really have an on and off feature. I did not think you had to hold the button the whole time to get the vibrations. Also, I wasn't too impressed with the vibrating feature, the tip of the brush did not vibrate all that much (the handle vibrated a lot more) and that's the part you most care about for application. I can't really justify paying $7 (drugstore mascaras are around $7 normally) more to have a brush kinda vibrate, the results are just not that good.

The result is nice though, my lashes did have that 'falsies' effect that you desire from mascaras. The mascara is not really buildable since the brush picks up lots of product the first time around (I notice this problem with the plastic bristle mascaras often times). I am going to play around with it some more and try to eliminate the spidery effect that I get. Maybe do one coat without vibrations and then another with? The formulation is a little wet for me, takes a while to dry. And I could only find the non-waterproof version at my store, or else I would of bought that instead.

Pros:
* Lengthening was really good.
* Did get that "falsies" effect.

Cons:
* Vibrating feature was not great, button is awkward, there needs to be an on and off button.
* Wet formula
* Price
* Clumpy
* The brush is the same as the Define a lash but vibrates.

Email ThisBlogThis!Share to TwitterShare to FacebookShare to Pinterest
Labels: maybelline

This eyeshadow is meant to enhance different eye colours, with the different colours of eyeshadow that you get. They can be used as liners. I like the packaging of this, again PF is really good with their packaging, they make their products look really expensive and nice.
The product's application on me was so-so. I was hoping for these shadows to show up more, but I found it was quite sheer. The only ones that really stood out were the darker colours, the purples, dark green and brown. The idea that green shadow emphasizes green eyes shouldn't really make sense to me either. I wouldn't repurchase this product again, I own so much eyeshadow already, I think I am going to return this, and that says a lot, cause I very rarely return products.
Posted by Justine (Productrater) at 6:24 PM 0 comments 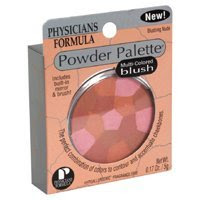 I love these multi-colour powders from Physician's Formula. The product comes with a bunch of different colours that you swirl together to get that peach look. I give props to PF for putting a brush and mirror in these, but, no one is ever going to use the brush, it's scratchy and I would much rather get more product than have a large opening for the brush.

The packaging is rather deceiving, you think you are getting a lot more product, then you open it and are sadly mistaken. good thing these are on sale all the time. I got this recently for 40% off, and there are rebates available online too, so you end up paying like $6 canadian for this in the end, which is really good for the quality that you get.

The blush is pretty, it's a peachy/pink, a little shimmer in it. It shows up on my skin, looks natural.
Posted by Justine (Productrater) at 6:18 PM 0 comments 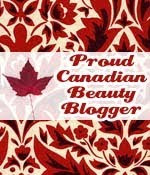 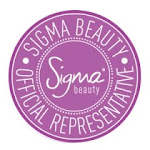 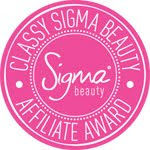 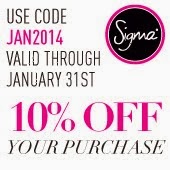 Check Out My Reviews